Iceland – About one’s place in Nature 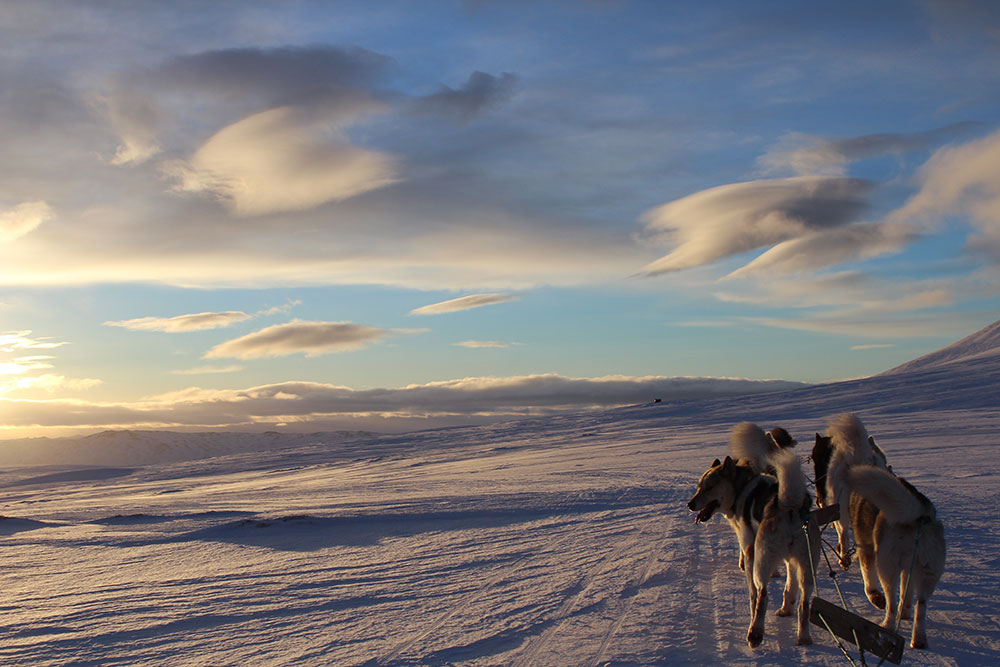 I realized how small we are in front of nature and how big we presume to be most of the time. So, is it that the Earth needs saving, or we could make room for the possibility that we do? The Norse people have this understanding of one’s small but necessary place in the context of it all.

I think it was already morning, but it was still pitch black. The monster truck that I was trying to sleep in couldn’t shelter me from all the bumps and the irregularities of the terrain. Until you’ve experienced a proper winter night in the northern hemisphere you can’t really say you’ve lived through darkness. You almost expect mythical creatures to pop-up from under the snow or from behind the strategically placed boulders along the only viable road in the area.

Our driver was trying to explain the history of the land while giving us a lengthy lecture on safety. You’d be surprised how many things could go wrong in that part of the Earth, I know I was! I don’t think I had ever been to a place before where literally everything is designed to kill you; the ice storms could cover the roads in less than 30 minutes, leaving any human settlements completely cut off from the world, the storms of ash, so toxic for the body and almost impossible to drive through, the heavy northern winds that would probably just laugh in the face of any human resistance… as for a possible volcanic eruption, well, I didn’t even want to go there.

Suddenly all I was thinking of was the possibility of an engine shutdown in the middle of nowhere. And right then, in that big Icelandic car, I realized how small we are in front of nature and how big we presume to be most of the time. I remembered a group of environmentalists chained to the Romanian Government’s gates, demanding we saved the Earth - I had witnessed some moments like that in my short-lived career in the institution. The thought of them put a grim on my face. I wondered if there was anything major that we could do to the Earth before the Earth did something major to us. After all, the planet was here long before we ever set foot on it and it will probably still be here long after we ceased to exist. The dinosaurs’ extinction should be proof enough of that. So, is it that the Earth needs saving, or we could make room for the possibility that we do?

I thought about how much we needed to think that we were at the same table with the big players, the Earth, the Moon, the Universe… but are we really? Or is it just a bit of misplaced arrogance in front of something much bigger, that we realize we have no real control of? It feels to me that the Earth has a different measuring scale than the one we do as humans. Let’s be honest here; we are NOT equals!

But there was no arrogance in the Norse people, at least none that I could see - just acceptance and the understanding of one’s small but necessary place in the context of it all. These people possessed a deep knowledge of the dynamics between man and nature and of what is actually possible for human beings when the mighty world gets angry. I supposed they learned that the hard way, through centuries of surviving the improbable. They knew how scarce resources can be, how precious human life was and how important it was not to waste any of it. The driver told us stories about people getting lost in the long winter nights and how all the available members of the community would go out on the search. They all had special training and equipment to survive as long as possible in the pitch dark cold. I’d heard before about things like “the neighborhood watch” but these guys were taking it to a whole new level. And all because they knew they couldn’t afford to leave anyone behind. Life was just too precious for them.

The discussions moved further to all that it took to build the roads in these harsh conditions. The sun had come up in the meantime so I could actually see the vast plains covered with snow, the lava fields and the occasional boulders. It really felt like every little thing the humans created was a result of the carefully planned negotiations with the mighty forces of nature. I suppose this is the right time to disclose that Norse people believe nature is alive; a breathing, living organism which demands respect and provides resources. It is so alive to them that 80% of the Icelandic population can’t deny the existence of fairies and elves, according to official public polls. This is why, whenever they want to build a road, the Government calls for an “Elf Medium” to negotiate with the invisible creatures who live in boulders to relocate them to a new home. Now, I’ve studied many political administrations in my life, but a Government that has an official protocol regarding Elves and their right to lobby is definitely the ruler of the coolest and most inclusive democracy on the planet!

As a result, some roads in Iceland have been diverted in order to avoid elvish homes. There are tons of articles and pictures on the internet with construction sites that had to be abandoned because workers were taking ill all the time or because of bizarre equipment failures. Now this may seem laughable when thought of from a comfy couch in a warm building in London, Paris or Bucharest, but in the vast plains of the North, where nature seems to hold a different power, where everything can kill you in an instant, this is no joke.

The Norse people believe the elves are doing all of this to protect the environment from unnecessary disturbances. These two notions of “what is necessary” and “the need for harmony and balance” are the most common things you’ll hear while moving through the land of Ice and Fire. What’s funny is that they are the core values of constellation work too. A method developed in the heart of the African continent was just as real to the harsh people of the North as it was to the warm people of the South. Now that’s something to ponder on. The laws of the soul, the Orders of Love, seem to apply wherever I go, in any corners of this wide world. And what the orders talk about, what they guard… is balance; the natural harmony of the systems and their relationship with one another.

We say that a person can move freely through their life when a certain balance exists, when their system allows movement. It’s almost as if when something disrupts that balance, the system keeps playing the same old song, just like an old gramophone with a stuck needle. The same old trauma manifests differently through countless generations, until order and harmony are finally restored. My clients often say “I can’t believe this happened to me. And you know, it happened to my mother too and her mother and so on. I don’t understand what’s wrong.” Through the systemic lens one can see this red thread of recurrences that pulls the system backwards in order to reset it to a more harmonious phase, before the disruption happened. It is quite a quest through the human heart, one that seems to have a very transformative outcome. Because when all the elements finally fall into that necessary alignment, the balance is created once more, and a path becomes visible – just like the wind uncovering a previously invisible road.